The transportation of animals requires prior approval of the Airline not later than 48 hours before depature.

The maximum number of animals allowed for carriage in a baggage compartment on an aircraft is limited.

The transportation of animals is not included in the free baggage allowance.

To confirm and book an additional service on a charter flight you need to contact the tour operator (travel agent) providing the tourist service.

The transportation of animals is allowed provided that pets are in specialized carriers with a waterproof bottom and free air access.

Animals with weight with container exceeding 50 kg are accepted for carriage only as cargo.

Animals under three months old will not be accepted for transportation.

If the route provides for a transfer to the flight(s) of another carrier(s) at one or more points, live animals are accepted for carriage ONLY if there is a confirmation from all airlines participating in the carriage.

It is recommended to arrive at the airport of departure no later than 60 minutes before the check-in deadline in order to go through all the necessary procedures.

Belavia - Belarusian Airlines is not responsible for damage caused to the animal by its own behavior and the owner's failure to comply with the rules and laws of the country of destination.

The Airline is not responsible for bodily injury, loss, illness or death of in the case that it is denied entry or transit through any country, state or territory except as a result of intentional misconduct or gross negligence of the Airline.

The duties of the airline personnel do not include caring for animals.

For air transportation of animals, you will be asked to provide the following documents:

The passenger is solely responsible for providing all the necessary documents.

We draw your attention to the fact that some countries have very strict restrictions or even a ban on the import of animals, so we recommend that you inquire in advance about the rules for their import into the country of destination.

COMPLIANCE WITH ALL LAWS AND RULES FOR IMPORTING ANIMALS INTO THE TERRITORY OF THE STATE OF DESTINATION IS THE OBLIGATION OF THEIR OWNERS.

2. Transportation of animals in cabin as cabin luggage (PETC)

When transporting an animal as hand luggage, a fee is charged for transporting the animal in the cabin of the aircraft.

The charge to be paid for the transportation of animal in the passenger cabin of the aircraft is 50 EUR / 60 USD / 50 GBP*.

* Rate in USD is applicable only for Israel, rate in GBP – only for Great Britain. For all other points of sale the rate in EUR is applicable.

You can take small pets such as cats, dogs and other small homoiothermic animals with you on board. Besides blind/deaf passengers are allowed to be accompanied by guide dogs in the cabin.

Carriage of animals in the cabin is allowed if the following requirements are met:

Number of animals in cabin per flight is limited and depends on aircraft type.

3. Transportation of animals in cabin on a separate passenger’s seat (CBBG)

An animal is allowed to be carried on a separate passenger’s seat (SSR CBBG) if the following requirements are met:

4. Transportation of animals in the baggage compartment as checked baggage (AVIH)

The charge to be paid for transportation of animals in the baggage compartment as checked baggage (AVIH) is:

* Rate in USD is applicable only for Israel, rate in GBP – only for Great Britain. For all other points of sale the rate in EUR is applicable.

On the airline's flights, the carriage of live animals as checked baggage (SSR code «AVIH») is carried out in accordance with the IATA rules for the carriage of live animals (IATA LAR) and the local requirements of the country of departure, destination or transfer, subject to special conditions and requires mandatory advance booking of carriage. When booking the carriage of a live animal, the passenger must provide all the necessary information about the animal (number, weight of the animal, size and weight of the container, type and breed of animal, etc.).

Live animals are accepted for carriage in the baggage compartment of the airline's aircraft as checked baggage, subject to the following conditions:

Carriage of live animals of brachycephalic breeds in aircraft hold as checked baggage or cargo is PROHIBITED.

Dogs classified as potentially dangerous breeds are transported only in the baggage compartment of the aircraft in reinforced containers.

The risk group of animals of brachycephalic breeds includes:

Carriage of snub-nosed animals as checked baggage or cargo in the hold is strictly forbidden on Belavia flights.

Snub-nosed animals may be carried in the cabin as hand luggage (SSR PETC) or as cabin baggage on a separate passenger’s seat (SSR CBBG).

6. Transportation of a guide dog

When the blind/deaf passenger travels accompanied by a guide dog the dog is allowed to be carried free of charge. Its weight and size are not restricted. Carriage of a guide dog is booked at the same time that the flight is booked.

A guide dog must:

7. Refusal to transport an animal

A passenger may be refused to carry a live animal for the following reasons:

A live animal must meet the following requirements:

For transportation in the passenger cabin of the aircraft

The container must be clean. If it is used secondarily, it must be disinfected or sterilized.

For transportation in the baggage compartment of the aircraft 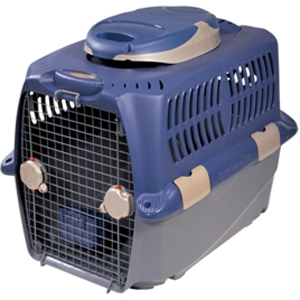 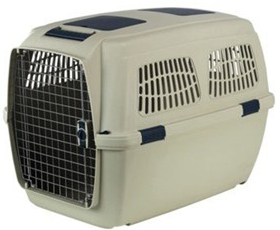 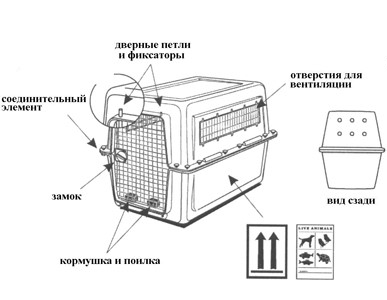 The metal container (cage) is not suitable for transportation. 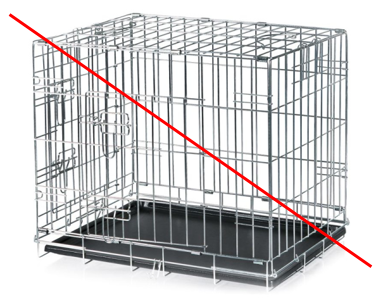 Pets are not allowed in the cabin or the baggage compartment as handy luggage or baggage on flights to the UAE. Only as cargo.

The transportation of live animals as cargo, luggage, carry-on baggage from the Republic of Belarus to the points on the territory of Great Britain (London, Manchester) on BELAVIA flights IS STRICTLY PROHIBITED.

The return transportation of live animals from Great Britain to the Republic of Belarus on BELAVIA flights is permitted.