On December 2, 2015 the chamber orchestra of the Belarusian State Philharmonic under the direction of the famous conductor Evgeniy Robertovich Bushakov gave an extemporary concert in the departure lounge of the National airport “Minsk”. The known compositions of Strauss were presented to passengers.

Among members of the audience were passengers, which traveled to Warsaw, Moscow, Riga and Stockholm. Promoters of the event are OJSC “Air company “Belavia- Belarusian Airlines” and the National airport “Minsk”.

- The early winter is a time for miracles! And this event is one of the pleasant surprises before Christmas and New Year. We want people, which go for a trip this day, will tune in a festive mood! – as the deputy director general of marketing and internal economic activity - Igor Cherginets said.

This event of Belarusian air carrier and of the airport is performed for the first time. However it is planned for the future to increase the number of such events for passengers and it will give an opportunity to surprise visitors of the capital and metropolitans. 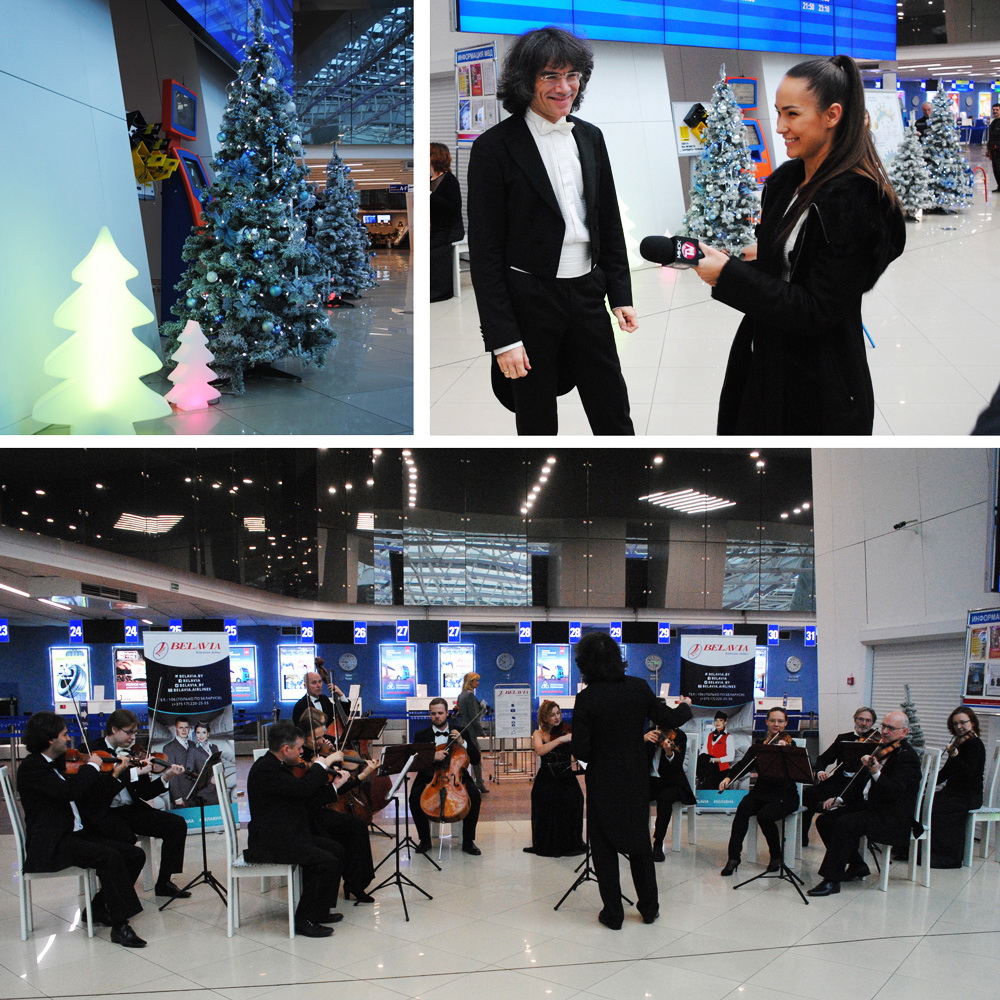